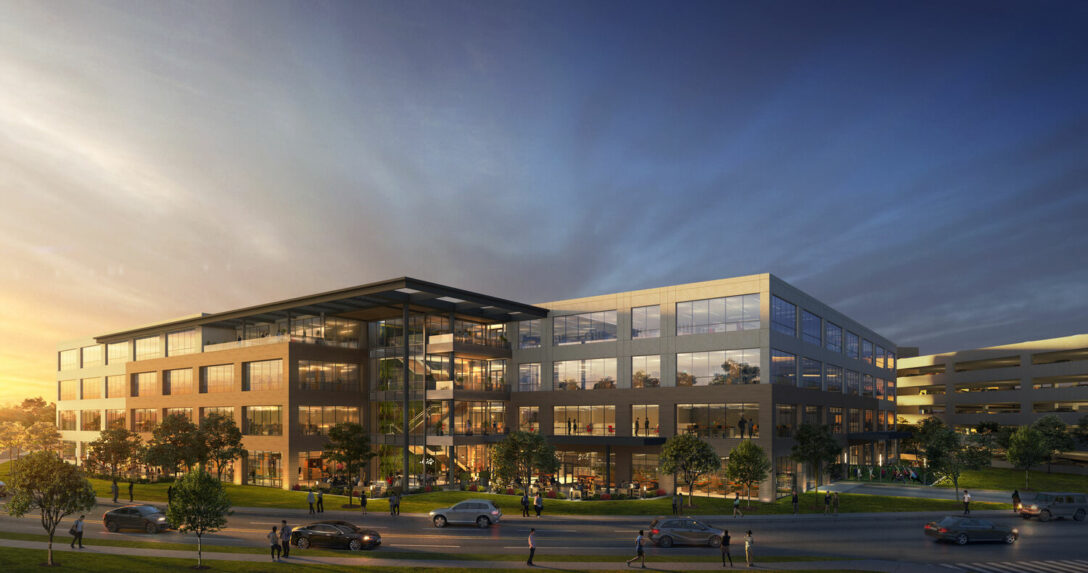 Atlanta Sizzles in the Southeast

It might not be cool to refer to Atlanta as Hotlanta nowadays (was it ever?) but there’s no doubt that the city’s economy is sizzling hot. And all that economic growth is heating up the region’s commercial and residential real estate markets.

KDC has two large projects in the Atlanta metro area: Park Center in the Central Perimeter submarket and Windward Park in the prestigious North Fulton submarket. Both projects are transformative and illustrate Atlanta’s appeal for corporate office users.

Considered the capital of the Southeast, Atlanta continues to attract new industries, foster corporate expansion, and drive in-migration. Its economy is far steadier than much of the nation.

Georgia was among the earliest areas to loosen restrictions related to the COVID-19 pandemic, and Atlanta is a favored destination for remote workers. The population of the metro area jumped 2% last year, and a stronger gain is projected for 2021.

Every year, more and more people are moving to Atlanta to take advantage of the region’s employment opportunities, affordable cost of living, and quality of life. The Atlanta metropolitan area was the country’s fourth-fastest growing metro area between 2010 and 2019, according to the U.S. Census Bureau. During that period, the region added more than 730,000 new residents.

The Atlanta Regional Commission forecasts the 20-county Atlanta will add 2.9 million people by 2050, bringing the region’s total population to 8.6 million.

Importantly, Atlanta is a city that welcomes diversity and strives for inclusion. For the past five years, it has received a perfect 100 score on the Human Rights Campaign’s Municipal Equality Index.

Along with a growing population, the Atlanta region also added more jobs at a higher rate than the U.S. average, according to the U.S. Bureau of Labor Statistics. As of May 2021, metro Atlanta’s unemployment rate was 3.9%. It added 262,300 jobs from April 2020 to April 2021, according to the Georgia Department of Labor.

So, what makes the Atlanta area so attractive to both individuals and companies? In a word: "Access".

The Atlanta region was born as a transportation hub and remains a logistics center, boasting the nation’s ninth-largest public transit system, the convergence of three major interstate highways, and the world’s busiest airport.

Served by 18 domestic and international airlines, Hartsfield-Jackson Atlanta International Airport is within a two-hour flight of 80% of the U.S. population. On average, about 260,000 passengers fly through Atlanta each day. It generates $34.8 billion economic impact for metro Atlanta.

Over the next 30 years, the Atlanta Regional Commission will spend $173 billion in federal, state, and local funding on transportation projects in preparation for a projected spike in population growth.

Atlanta is also close to the Port of Savannah, which is the single largest and fastest growing container terminal in America. Its global carrier network, coupled with its location and fast-to-market service record, provide convenient links to international markets.

Metro Atlanta was recently named as an up-and-coming Fiber City by Google.

Georgia’s workforce consists of more than 6.3 million people. CNBC ranks the state as #1 for Workforce in the U.S. Likewise, Area Development recognized Georgia as #1 Labor Climate in the U.S.

The Atlanta metro area houses the vast majority of Georgia’s workforce and ranks as the eight largest labor market in the U.S, according to HIS Markit. More than 40% of the region’s population (age 25+) holds a bachelor’s degree or higher compared to 33.6% nationally.

Atlanta’s workforce is constantly replenished by a talented and educated workforce. More than 70 higher education institutions are located in the region with an enrollment of nearly 300,000 students.

Atlanta is home to the Atlanta University Center Consortium, the world’s oldest and largest association of Historically Black Colleges and Universities (HBCUs). The HBCUs located in Atlanta include Clark Atlanta University, Morehouse College, Morehouse School of Medicine, and Spelman College.

Tyler Perry Studios, one of the largest film production studios in the U.S., is located in the heart of Atlanta on the historic grounds of the former Fort McPherson army base. The studios occupy 40 buildings on the National Register of Historic Places.

The region is particularly attractive to companies operating in the financial services, insurance, and technology sectors. State Farm, for example, chose Atlanta for its regional hub. The insurance company is the lead tenant at KDC’s Park Center development, leasing 1.6 million square feet of class A office space in three towers.

Park Center is located in the heart of the Central Perimeter submarket, which is the largest corporate office market in the southeast with over 29 million square feet of office space, 4,000 businesses, and 123,000 employees.

Park Center connects directly to the Dunwoody MARTA Station, which provides ideal public transportation access for over 3,400 tenants and visitors daily. An $800-million expansion and reconfiguration of the GA 400 / I-285 interchange, one half mile west of the site, is now under construction.

KDC is currently marketing the sole remaining office site in Park Center, a four-acre pad that can accommodate an office tower up to 700,000 square feet and 35 stories.

The migration and accelerated growth of tech companies is particularly exciting. Supported by Georgia Tech, Atlanta has always been one of the top locations for FinTech companies. Roughly 90% of all credit card transactions run through Atlanta. And now that the U.S. Army has relocated its cybersecurity command to Augusta, we’re seeing more data security firms set up shop in Atlanta. Area universities are also upping their cybersecurity game.

Atlanta’s office market is recovering from the challenges produced by the pandemic, as users are starting to release their pent-up demand.

Large corporations continue to see Atlanta as an ideal location to do business, according to CBRE. During the first half of the year, GCP Technologies, ServiceMaster, Minute Maid, Adecco Group, and Airbnb all announced plans to make Atlanta a headquarters or hub. Additionally, both Microsoft and Google announced major expansions of their already established hub plans within Atlanta.

Interest is growing in the North Fulton office submarket where KDC’s Windward Park project is located. The 48-acre, mixed-use development is situated at the corner of Windward Parkway and GA 400, offering excellent brand visibility to the 50,000 cars that travel by daily.

Windward Park also provides excellent accessibility – it is adjacent to MARTA’s Windward Park and Ride and in close proximity to the planned GA-400 express lane and dedicated BRT ramps.

When complete, Windward Park will feature class A office space with structured parking, a 249-room, full-service Hilton hotel, 200 condominiums, and more than 190 townhomes. A retail village with more than 31,000 square feet of restaurant-driven retail space and a two-acre park will anchor the entire project.

Leasing activity had a slight uptick from last quarter with 1.7 million square feet signed in the second quarter, according to CBRE. The firm noted that Central Perimeter and Midtown dominated leasing in Atlanta, comprising 30%of deal activity. Smaller companies made up the lion’s share of deals with approximately 80% less than 20,000 square feet.

Right now, continued migration to the Sunbelt is fueling the region's population and job growth. The only thing that could dump cold water on the Atlanta metro area and douse our fire is a worsening, prolonged pandemic.

We’re at the front end of a very active cycle. Over the next 12 to 24 months, I anticipate that it’s going to get even hotter in the ATL.