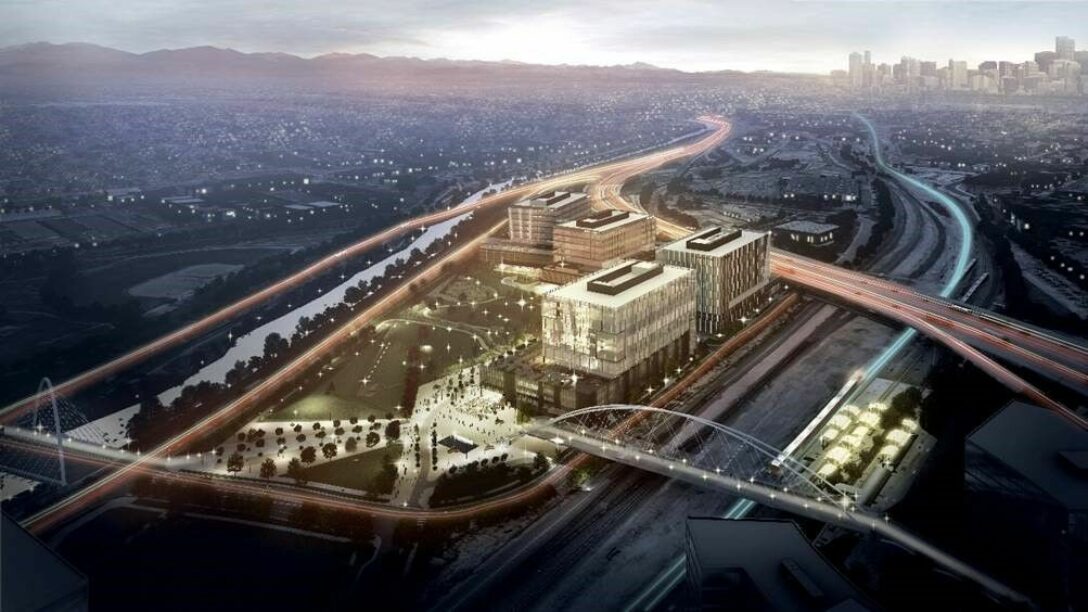 DENVER – (September 30, 2019) ---- KDC, a leading developer of corporate build-to-suit campus projects for major companies such as JPMorganChase, State Farm and Toyota, has formed a joint venture with Broadway Station Partners to develop up to 1 million square feet of Class A office space at the Broadway Station mixed-use development site.

The entire Broadway Station development, including the office component, is bound by I-25, Santa Fe Drive, South Broadway and Mississippi Ave. The location is ideally situated between downtown Denver and the Denver Tech Center and represents the focal point of the greater Denver population.

“KDC has been fortunate to develop major office projects incorporated into transit-oriented, mixed-use developments,” said Chris Selbo, vice president of development, KDC. “We believe Santa Fe Yards at Broadway Station is one of the top headquarters sites in the country. It features everything Corporate America looks for in a work environment, including adjacent mixed-use amenities, convenient site access via the highway and light rail and building signage opportunities fronting the highway. When you add in the stunning mountain views and park frontage, the site is in a league of its own.”

The Broadway Station development site is the former location of the longtime Gates Rubber Company plant, the remnants of which were cleared away 2018. “The site was acquired by Broadway Station Partners on Sept. 11, 2014 and is comprised of 41.8 acre divided by the Consolidated Main Line,” said Rocky Mountain, managing member of Broadway Station Partners. “Our company believes that Santa Fe Yards is the premier site for a corporate campus, and we are looking forward to our venture with KDC to bring a major office tenant to this site.”

Santa Fe Yards is approximately a five-minute walk from the recently announced mixed-use development, Gates District at Broadway Station, which is located northwest of Broadway and Mississippi Avenue and east of the light rail tracks. The 10-acre development will include 887 residential units, 380,000 square feet of office space, and 180,000 of retail and restaurant space across a five-building layout. The project will be developed in phases with the first phase of construction commencing second quarter 2020 and includes two buildings totaling 46,000 square feet of retail, 170,000 square feet of office and 290 residential units.

KDC is currently developing other mixed-use office projects, including Pier 202 in Phoenix, Park Heritage in Dallas, Aureum in Nashville and Parkline in San Antonio.

Other notable mixed-use projects developed by KDC include Legacy West in Plano, Texas, home to corporate headquarters for FedEx Office and Toyota North American, and regional campuses for Liberty Mutual and JPMorgan Chase; and CityLine, located in the booming Dallas suburb of Richardson, is home to State Farm and Raytheon.