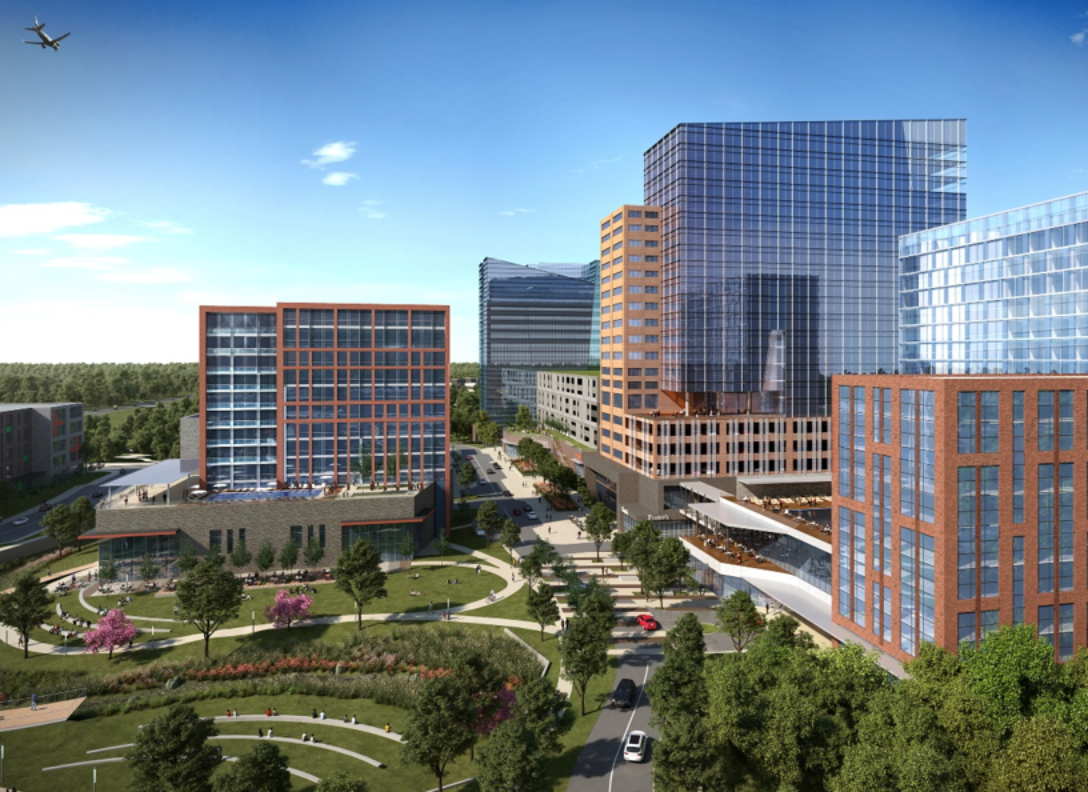 The new office space will be located on 100 acres of land bound by 1-40 at Davis Drive, I-40 at Highway 54 and the Durham Freeway. As part of the new multi-use urban district, called Hub RTP, KDC will develop buildings totaling up to 1 million square feet and up to 300 feet in height, which will be the first high-rise buildings within the Park.

The first phase of the mixed-use development will be adjacent to the Frontier RTP startup campus, which lies on the west side of Hub RTP. The campus recently announced Boxyard RTP, a 15,000-square-foot shipping container complex, will open in 2020. Plans for Boxyard RTP include space for up to nine food and beverage vendors, as well as several retailers and service providers. Fullsteam Brewery will anchor the new complex. The development will begin with the 43 acres on the east side of the property, and include the 1M SF of office, as well as at least one hotel with up to 375 rooms, 850 residential units and 150,000 square feet of retail space. Additional phased opportunities will exist for development, totaling up to 6 million total square feet.

“This is the long-anticipated opportunity to retool RTP. With the support of Durham County, the companies in RTP and private partners including KDC, we can do this in 2020,” says Scott Levitan, President and CEO of the Research Triangle Foundation. “Today’s companies and workforce are looking for an integrated live, work and play environment. We are creating that kind of energy in the heart of RTP,” added Levitan.

Founded in 1959 and in the center of three Tier 1 research universities, Research Triangle Park is the country’s largest innovation center, with global companies such as IBM, Cisco, Credit Suisse, BASF, GlaxoSmithKline, Lenovo and RTI International among its more than 300 companies. The new mixed-use urban district is a game changer in the Park. Hub RTP will be a magnet for business and talent and is similar in size compared to nearby downtown centers.

About the Research Triangle Foundation