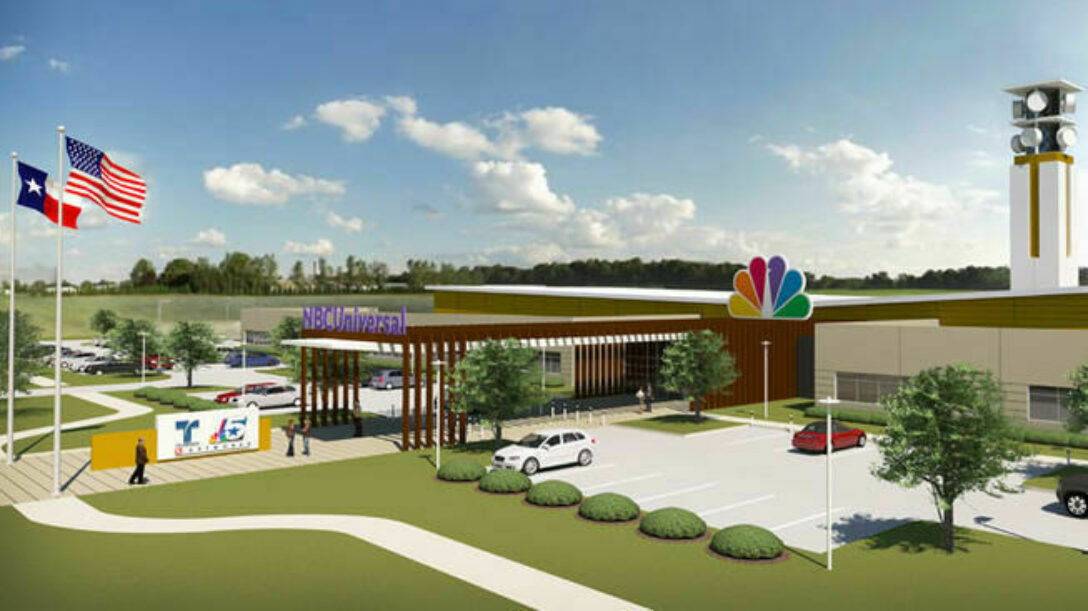 FORT WORTH, Texas – June 29, 2012 – KDC, one of America’s leading commercial real estate development and investment firms, has broken ground on a 75,000-square-foot broadcasting and multimedia news facility for NBC 5/KXAS-TV at The CentrePort Business Park in Fort Worth.

The technologically-advanced facility, which will be located at 4805 Amon Carter Boulevard, will house approximately 300 employees, combining NBC 5 facilities currently located in east Fort Worth and Dallas to the 8.1 acre site in Fort Worth. Construction is slated for completion in late 2013.

“It is great to finally turn dirt and get this exciting project started,” said Bill Guthrey, senior vice president, KDC. “We welcome NBC 5 to the CentrePort community where it will become a long-term tenant alongside American Airlines, AT&T, and other well-known Metroplex companies.”

In addition to NBC 5, the facility will house Telemundo/KXTX-TV and several other smaller businesses associated with NBC Universal, the parent company of NBC 5. The innovative design will provide resources for journalists to collect, interpret and report the news and information most relevant to North Texans 24-hours each day on multiple distribution platforms.

“Consolidating our operations in CentrePort provides the opportunity for us to serve our viewers better from one, strategically-situated location near the center of the North Texas region,” said Tom Ehlmann, president and general manager, NBC 5.

The CentrePort Business Park is a 1,300-acre, master-planned community with a “live-work-play” environment. It is home to more than 70 reputable companies including American Airlines, AT&T, and Mercedes-Benz, as well as 2,000 apartment units and three major hotels. CentrePort also includes 200,000 square feet of retail and restaurants in a pedestrian-friendly design with easy access to the Trinity Railway Express commuter rail line.

NBC 5/KXAS-TV signed-on as WBAP-TV on September 27, 1948 as the first facility in the southwestern U.S. specifically designed for television. Since then, NBC 5 is known for a long list of market “firsts” including: the first station to offer closed-captioned newscasts; the first high definition broadcast of a local sporting event; the first 1 million watt weather radar installation; and the first station to allow its reporters complete mobility through wireless communication to the station.

NBC 5 / KXAS-TV is the NBC-owned television station serving the communities of North Texas with quality news and entertainment programming on NBC 5, NBC 5 Nonstop and online at NBCDFW.com.