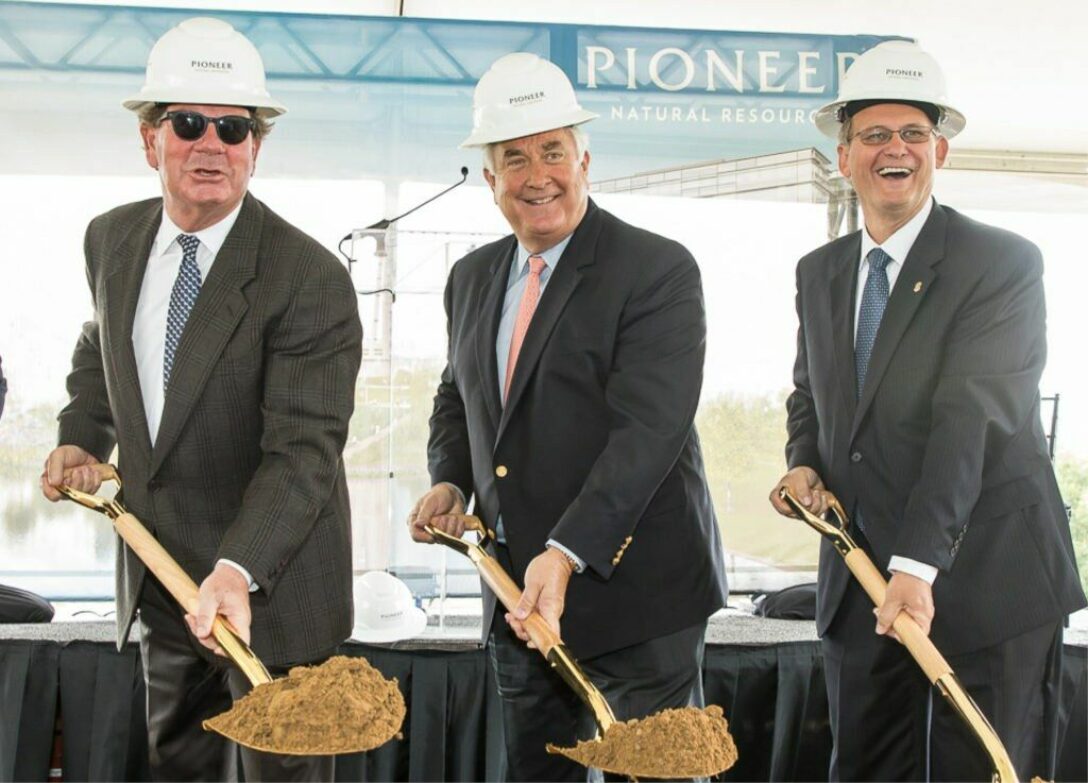 “Pioneer’s building will stand atop the highest point of the former Carpenter Ranch in Las Colinas, so it’s only fitting a great building site such as this go to a great company like Pioneer,” said Steve Van Amburgh, CEO, KDC. “We’ve worked very closely with Pioneer to design a building that amplifies the beautiful and natural surroundings of the land yet is appropriately scaled for Pioneer’s employee-focused culture and modest character.”

The new office building’s address will be 777 Hidden Ridge, a location at the northwest corner of Hidden Ridge and John Carpenter Freeway. The 10-story office building will include a glass curtainwall and stone façade, along with a seven-story parking garage. While Pioneer currently has a fitness center and employee cafeteria, both of which KDC will incorporate into the new building, the amenities offered by Verizon’s Hidden Ridge development significantly expand options for Pioneer’s employees and include retail, residential and a commuter rail station. Official plans for the Hidden Ridge project will be released later this year.

“Verizon is very pleased that Pioneer chose Hidden Ridge to build its headquarters,” said Verizon South Central Market President Krista Bourne. “With our first corporate neighbor on board, we’re one step closer to our goal of enhancing the quality of life in Irving through a vibrant community that integrates work, housing and recreation.”

Since its founding in 1997, Irving has served as global headquarters for the $32 billion oil and gas company. Thanks to strong and recent growth, Pioneer set out to find a property that would best suit its business needs and forward-thinking corporate culture, while locating its North Texas employees into one building.

“Pioneer has called Irving home for almost 20 years, and we could not be more pleased to say Irving will be our home for another generation,” said Tim Dove, president and CEO of Pioneer Natural Resources. “We conducted an extensive search across North Texas, but nothing compared to this property in terms of value, access and amenities. And we are excited to join Verizon in the Hidden Ridge development.”

Construction will begin on Pioneer’s building in June 2017 and completion is slated for winter 2019. KDC will pursue LEED Silver certification. Austin Commercial is the general contractor, Duda Paine Architects is the design firm, HKS is the architect, and Corgan Associates is the interior designer.

Pioneer’s decision to remain in Irving further demonstrates the City’s ability to attract and retain corporate giants. With its strong communities, dedication to education and easily accessible location to airports and mass transit, many Fortune 500 companies call Irving home.

"Irving continues to attract and retain powerhouse corporations like Pioneer Natural Resources,” said Irving City Manager, Chris Hillman. “Pioneer has been a tremendous corporate partner for 20 years. Their decision to remain in Irving underscores the value and convenience the city provides the many national and international corporations that call Irving home."

Pioneer is a large independent oil and gas exploration and production company, headquartered in Dallas, Texas, with operations in the United States. For more information, visit Pioneer’s website at www.pxd.com.